The lazulite crystal shape is that of a stain-glass window opening to the world outside. Chaos is coming from all the little atoms trapped in that beautiful shape. Inside or out, they’re part of it all the same. I wonder if rocks evolve till they find stability? Some say they do.

Chaos is coming from all the little atoms trapped in that beautiful shape. Inside or out, they’re part of it all the same. I wonder if rocks evolve till they find stability? Some say they do. Lazulite has a beautiful house for them, ready to shine when they’ll figure out some equilibrium! 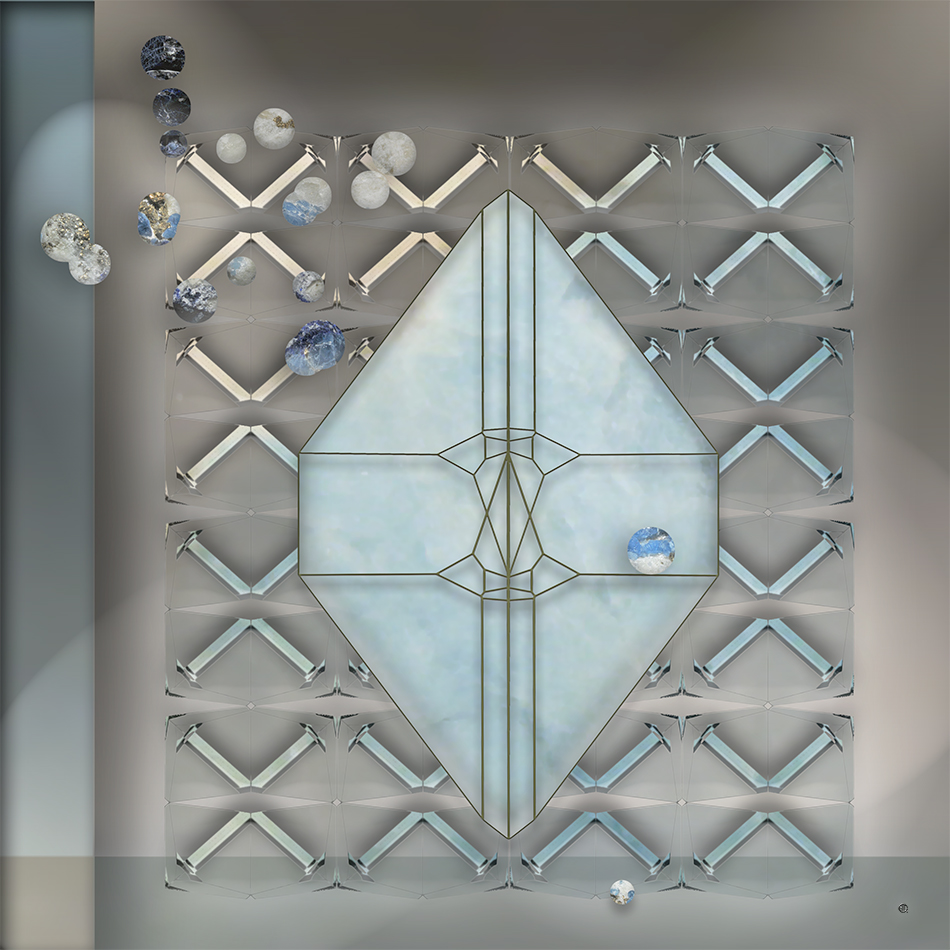 Another perspective of an azulite crystal unit cell from the resource file I used on 10-11.

Apparently, this mineral hasn’t been studied much by the scientific community. Maybe cubism is not their thing?

If it was a cloud, the lazulite crystal would qualify as a cumulus. Shapeless, but still moving forward…

From a resource by Lindberg & Christ.

From the outset, this crystal is in a complete chaos. Too many atoms, too many broken lines. Yet, there has to be something esthetically sound in there – maybe its color scheme?
From a resource by Giuseppetti & Tadini

Another oddity in my design producing routine. It’s the second time that using the Vesta crystal profile table, I end with compositions that surprise me. Better let the art talk for itself, I’ll figure it out later.

From a resource by Lindberg and Christ 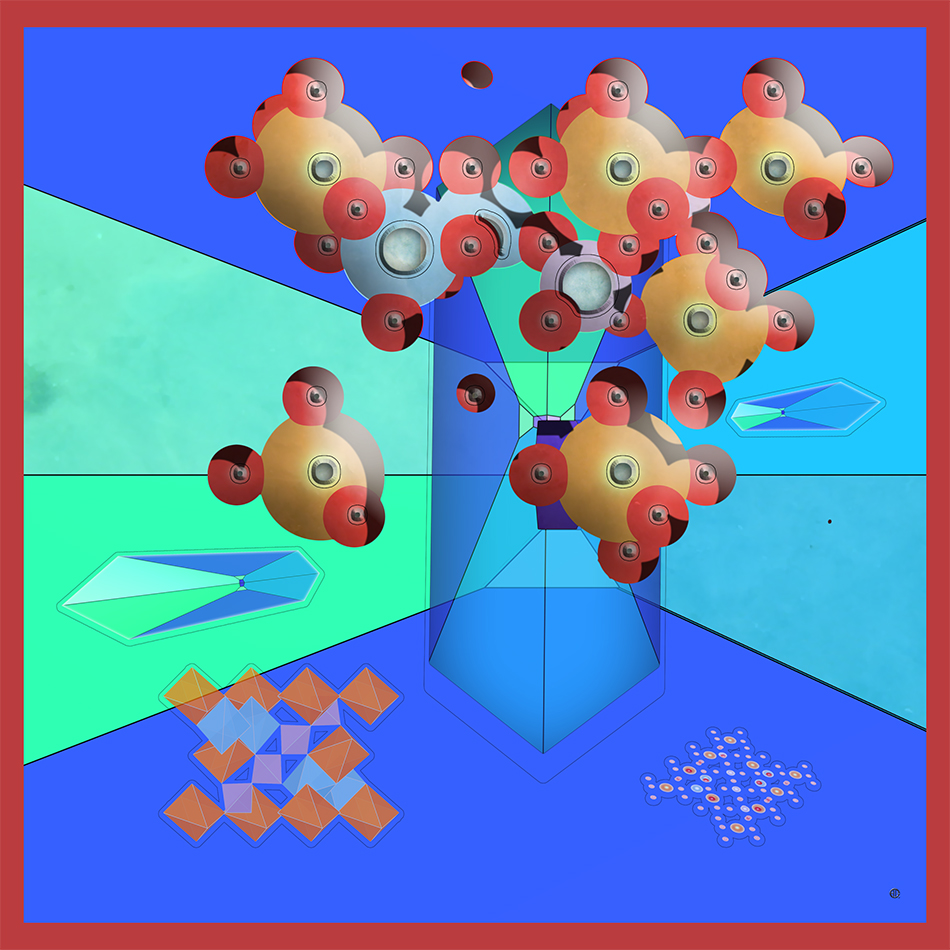 There are times where it’ difficult to make sense of any lines. This is one of these times. The geometry of the lazulite seems so odd, I can’t find a dynamic thread to work from and have to switch to pure design instinct. Pretty crystal I am sure, but hard to break!

If this image looks to you as coming out of an early 20th century Eastern European or Viennese salon, you’re totally right! Lazulite, the crystal that inspired it was first discovered in Styria, Austria and the name comes from the German “Lazurstein”. That may also explain the “Weimar” kind of mood of the painting on the wall – the complex arrangement of the various atoms in a lazulite crystal.

Lazulite has a dipyramidal monoclinic crystal that comes as a massive block and is part of the P2 group symmetry. Next to Austria and Switzerland, it can be found today in Canada, Georgia, and Brazil.

Far from me to make a connection with Viennese waltz, but there is a distinct dancing feel in the way its unit cell structure holds its atoms together.

The background is a variation on one of Rober Allen’s design titled “Styrian red” and the resource comes from M. Lindberg and C. Christ – crystal structures of the lazulite.