Thinking out of the box!

Little atheneite atoms moving out of their unit cell to greet Pallas Athena waiting in the heart of atheneite crystal. The frame around Athena is a top view of the crystal.

So tiny yet so elegant! Atheneite crystal’s atoms flight formation presented here both as spheres and ellipsoids. The Cirque du Soleil would be proud of them.

Atheneite atoms always fly in tight formation. The question is do they do it because being that small – they have to have some form of “shell” protection or is it the pure pleasure of creating a harmonious symmetry? Nature knows best! 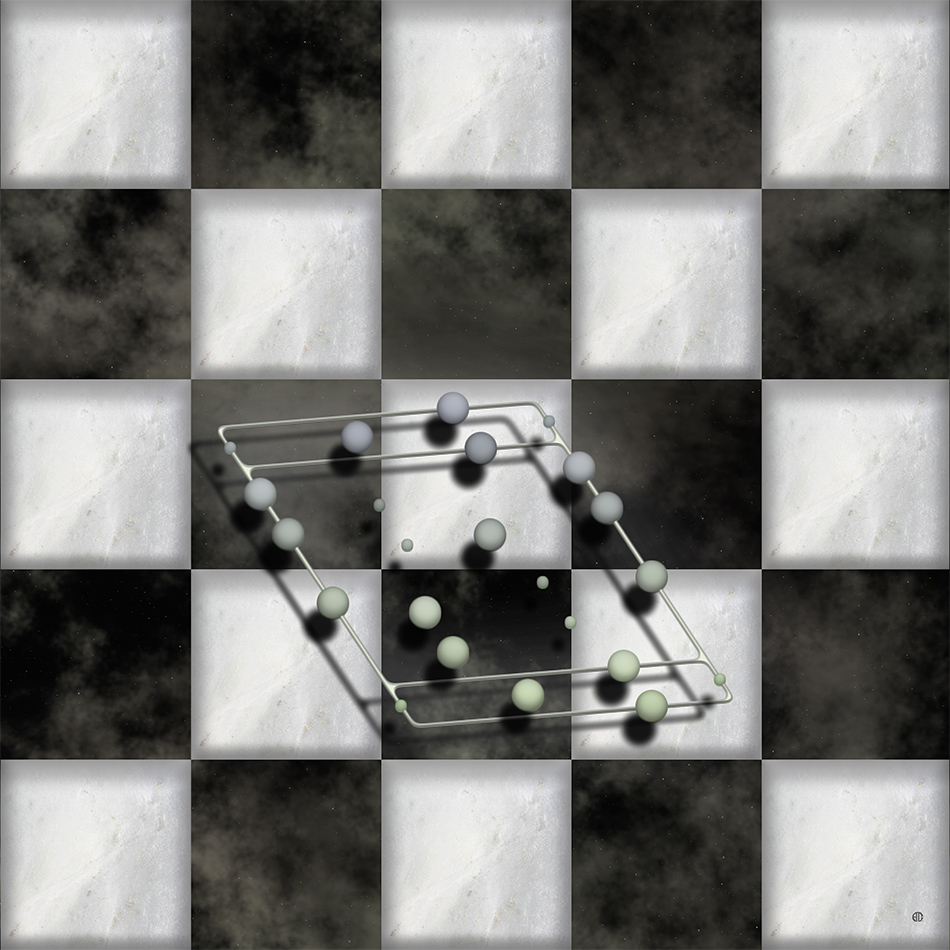 From the same remarkable resource by L. Bindi. Is it Firenze’s marble or the spirit of the Parthenon’s white structure that inspired me, the tiny Atheneite crystal looks quite comfortable gliding over Volakas’ very best! 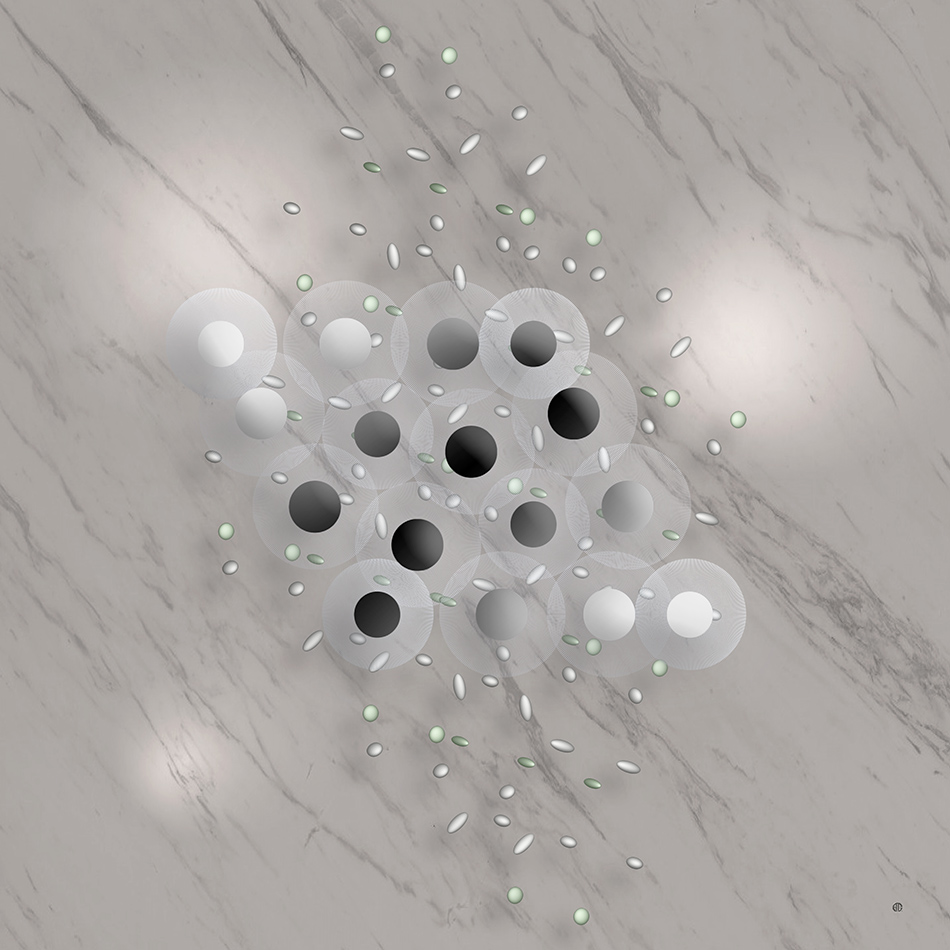 The same lovely symmetrical flight of the atheneite atoms, this time in their crystal temple made of transparent greek marble. Are they flying over the Olympus? Could that really happen in nature? Not for me to say, Thalia inspired me today.

Pallas Athena shadow (on the right) observing a Van der Waals Atheneite cloud passing in front of the painting of an Atheneite unit cell.

A little on the poetic side I know, but it’s coming straight from the information the crystal gave me today. Having so little information on the Atheneite directs me to look for the true essence of its beauty – an interesting path to a geometrical meditation. All that’s missing is some of Bowie’s Pallas Athena music in the background! 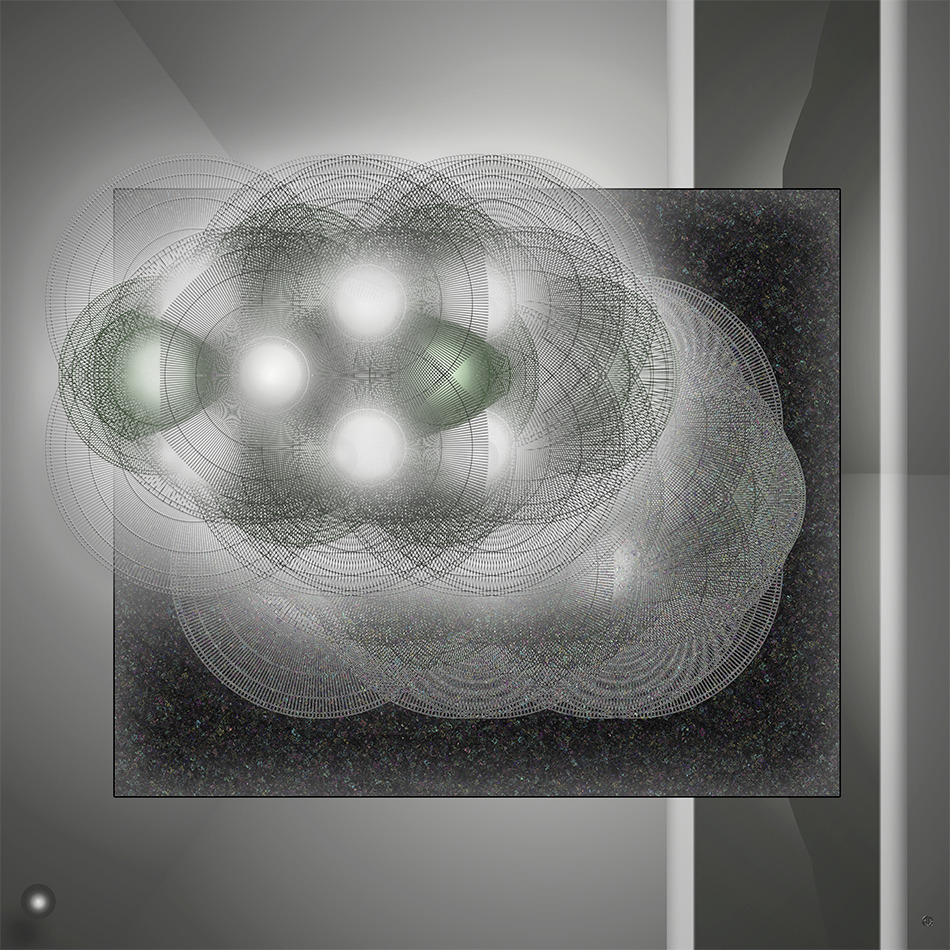 The making of a moiré!

23 atoms, 0 bonds, 0 polyhedra – that’s all this little crystal of Atheneite study of L. Bindi from Florence U. has to offer for week #39 of this short tour of Geometry of Nature.

Atheneite is a rare mineral associated with palladium-gold deposits. It is so small, it was only first identified in Brazil in 1972. Today, tiny samples can be seen at the Natural History Museum in London.

Atheneite is named after the Greek goddess Pallas Athena, not because it could use all the protection and safety the goddess is supposed to bring, but because of its palladium content. Its structure is hexagonal and its symmetry belongs to the group P6.

In this visualization, I enlarged some of the atoms wireframe to create a moiré effect. I left the beautiful symmetrical display untouched and put the whole over a marble-like pixelated background and a fractal frame.

Interesting coincidence, in 1993, David Bowie wrote a song called Pallas Athena, a short sequence of superposed word & sounds in a very dark, bluish-purple-gray environment – the color of the mineral itself. The story doesn’t say if he was inspired by the Atheineite crystal.