Week # 16: Olivine – one of the most common minerals on earth, and also found in meteorites. A mineral as mysterious as Cleopatra green jewels that actually may have been Peridot crystals. Olivine can be found as small pebbles, but large crystals such as Peridots are very rare and have been sought after since antiquity.

Olivine was formed in Earth’s infancy, created in magma and spewed to the surface by active volcanoes. Falling to the ground, the molten crystals were forced to take on the shape of a teardrop. Some say this was the reason ancient Hawaiians thought Peridot and Olivine were tears of the volcano goddess Pele.

Olivine is recognized as a mineral group and belongs to the orthorhombic system. The larger crystals like peridot are wide, short and prismatic. The intensity of their color depends on the amount of iron present in their chemical structure; the more iron it contains the deeper green it will be.

A very complex structure to deal with after last week’s simple and elegant symmetry of a silver crystal! This peridot profile by Miyake, Nakamura, Kojima, Marumo is made of 99 atoms, 138 bonds, 25 polyhedra. The bonds between the atoms make for an interesting stainless window pattern. The sand below the (spatial) wheel is a reminder of St. John’s Island (Zagbargad) in the Red Sea, the ancient Pharaohs’  private island where very large peridot crystals could be found. 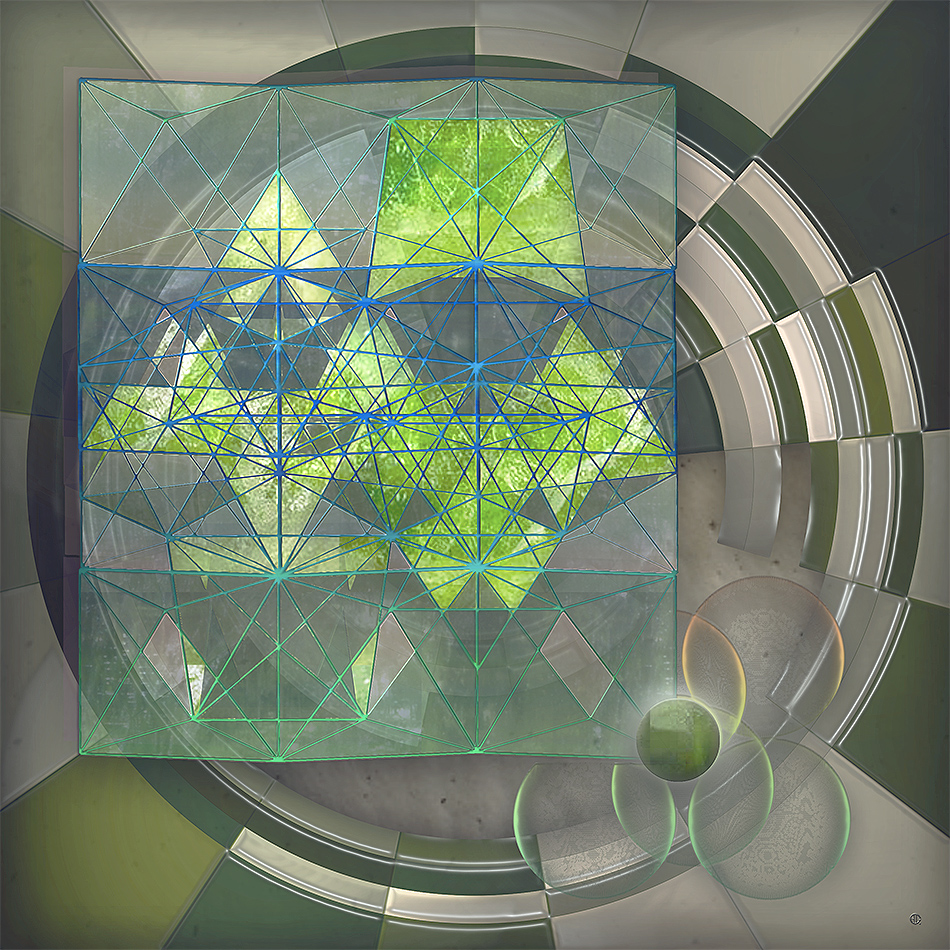 Thanks for the input Cancel reply